The all new Olympus PEN E-OL7 is an effective mirror less camera that offers many fantastic features apart from its counterpart OM-D which is very expensive. Olympus has already receiver a lot of appreciations for its OM-D series (OM-D EM10, OM-D EM5 and OM-D E-M1). However it’s a little bit disregarded nearly. This is the sixth camera in Olympus franchise. Its DSLR styling has been widely used. This camera owes a screen that flips down through 180 degrees in order to assist selfies. There are updates that this E-PL7 has pretty divergent upgrades to the exterior as this camera is more professional, powerful, textured metal finish to its body and a much sharper rear display. 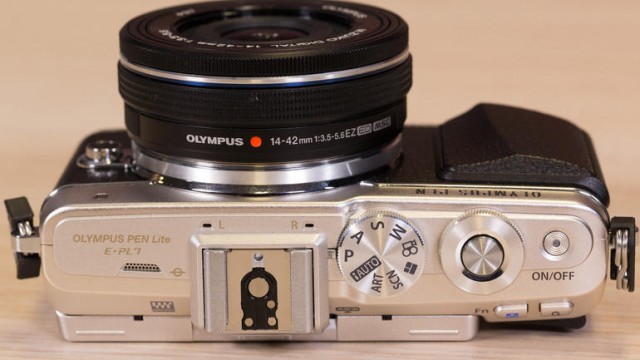 It comes with a 16.1 million-pixel Live MOS sensor and a TruePic VII image processor. This camera is able to capture high definition quality images. This Pen series doesn’t have an electronic viewfinder built-in. There is a three-inch dot 1,037,000-dot screen on the back of the camera but it is touch-sensitive and can be used for easier viewing by just tilting it up while shooting below head height, or down through 180 degrees to help shooting selfies. It has got a shutter mechanism that reduces the image shake that has rounded the appeal of previous models. The squarer display is anyway gives a better balance between the shape and movie outputs. The camera still uses an 81-point autofocus contrast-detect autofocus system which is not improved yet. However, the burst rate has improved to 8 frames per second which is effective. There is a live guide provides shooting tips and descriptions of system of settings modes and it has been enhanced and some new advanced filters and scenes modes have been added to enrich the style. Photo story has been updated and you can now let it get paused the mode and return to it later.
When the camera is in selfie mode, the hinge’s back is visible. When it gets a power zoom lens attached to it, it will automatically move to its widest angle and its screen could be flipped forward. 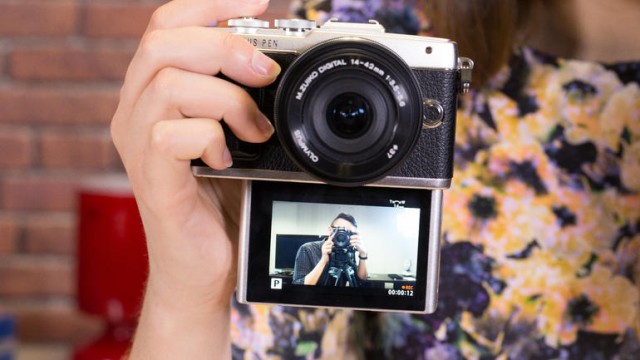 The screen gives a clear view even if you use it in bright sunlight. The screen also responds quickly to additional features. The partial color art filter is greatly implemented as you can select that on-screen color. This gives a refining view and it remains on the screen. If we talk about its performance, we have not tried a full production of this model but as the sources have stated, the sensor and processing engines have been tried and tested. Color and white balance is also worth hand able and its filter produces funny results. There is also built-in Wi-Fi to transfer those shots off to a Smartphone. The 3-axis voice coil motor driven 3-axix stabilization is borrowed from the counterpart E-M10 and its resistance to roll is efficiently improved over the previous model that offers beautiful selfies. The E-Pl7 is launched at a cost of $599 body only and %699 with the retractable 14-42mm lens. F3.5-5.6 zoom length.